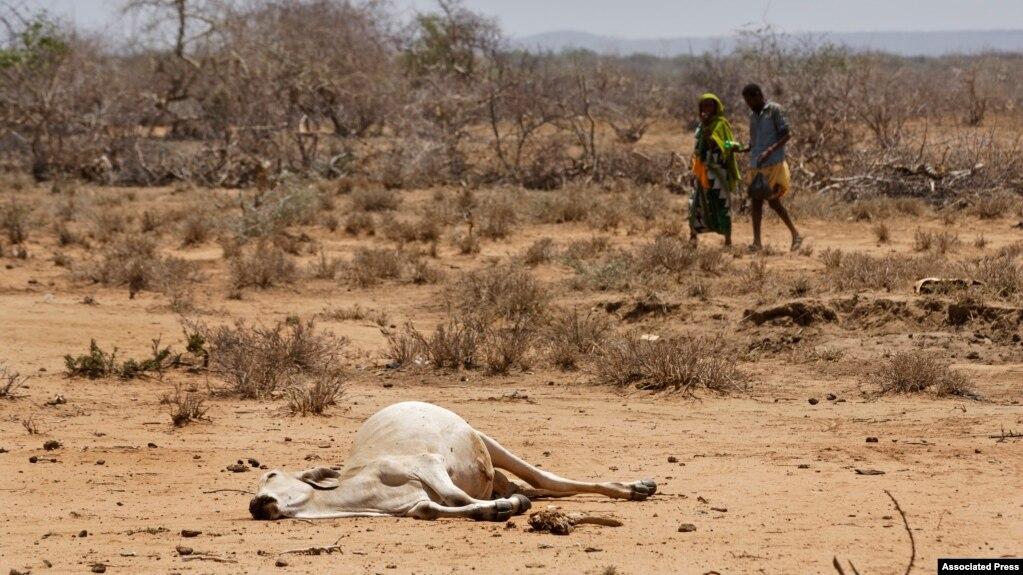 More than 13 million people in Kenya and the greater horn of Africa region are at serious risk of starvation says the World Food Programme (WFP).

In recent years Kenya has received poor rainfall. Three rainy seasons have brought below average amounts of rainfall bringing us to the current situation. The March to May long rains are also forecasted to be lower than average.

The lower rains have already resulted in lowered livestock population and crop coverage.

“Available field assessments and key informant estimates suggest household herd sizes are currently 30-50 percent below baseline levels, implying that most pastoral households are entering the January to March 2022 dry season with fewer resources than they had before the peak of the 2016/2017 drought”

The National Drought Management Authority, in its monthly report, compared the national crop coverage between December 2020 and December 2021. Arid and Semiarid areas of the country are already in drought.

Many areas in the country are also at risk of reduced crop and livestock production.

WFP is asking for $ 37 Billion to make the communities to be affected by the drought more resilient and ready for the drought. If not met this could spell a drought much worse than that experienced in 2007.

And with the growing unpredictability of rainy seasons in the east African region the future of food safety in the region is under serious risk.

Don't miss out on our latest newsletter on the pressing issue of climate change and water scarcity. Learn about the government's ambitious plans to provide clean, safe and adequate water for all Kenyans and the impact of power and water cuts in South Africa. Read now on our blog! #climatestrike #watercrisis #Sustainability ... See MoreSee Less