What you can expect in climate change in Kenya in 2023 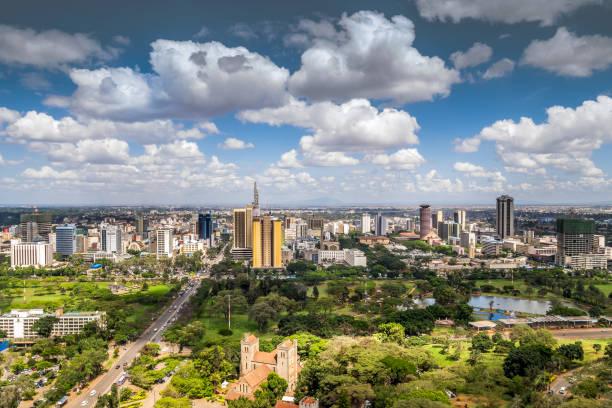 United Nations and partners call for $472.6 million to respond in 2023 as the drought in Kenya deepens

The United Nations and partners are calling for $472.6 million in aid to help 4.3 million drought-affected people in Kenya in 2023, as the crisis is expected to worsen. The drought in Kenya is the longest and most severe in recent history, and the needs of those in the Arid and Semi-Arid Lands (ASALs) region continue to rise. It is estimated that 6.4 million people in ASALs will need humanitarian assistance in 2023.

At least 4.35 million people are going hungry and about 5 million do not have access to clean water. There have also been reports of children dropping out of school and increases in child marriage cases. Despite being an underfunded crisis, 89 humanitarian partners reached nearly 1 million people with aid between January and September 2022. However, the exceptional duration and severity of the drought has led to projections of a possible sixth consecutive poor rainy season from March to May 2023.

The historic drought in Kenya is continuing, with the October to December 2022 short rains being the fifth consecutive below-average season. Rainfall at the end of November was less than 70% of the 30-year average across most of the country, with large areas in the northwest, north, and east recording less than 55% of the average. The short rains have provided some stabilization in water and pasture conditions in northern Kenya’s pastoral areas, but vegetation greenness is still less than 60% of the 10-year average.

In western Kenya, rainfall is average to above average, supporting agricultural production. Across pastoral areas, rangeland resources are still well below normal, and poor vegetation and long trekking distances for water are maintaining poor livestock conditions and low milk production. In the marginal agricultural areas, the area planted with staple food is below average due to the late onset and below-average rainfall, as well as constrained access to income for seeds and inputs. Staple food prices remain high across the country due to successive below-average production seasons, high demand, high marketing costs, and reduced cross-border imports. This is limiting household purchasing power, particularly for poor market-dependent households.

On November 9th, 2022, Laikipia Air Base (LAB) in Nanyuki, Kenya, partnered with Kenya Water Towers to launch a tree planting initiative with the goal of planting over 30,000 trees within the region. This initiative is not only part of the Kenya Defence Forces’ environmental soldier program, but it is also expected to benefit the local community in 2023 by improving air quality and providing a source of shade and possibly even fruit.

The tree planting is also in support of the country’s plan to plant 5 billion new trees as part of its climate change mitigation efforts. The Base Commander, Brigadier Mohamud Farah, thanked Kenya Water Towers for their donation of 15,230 tree seedlings and participation in the program. The event was attended by LAB Commanding Officers, officers, base sergeant major, service members, and representatives from Kenya Water Towers.

The current account deficit increased to 5.2% of GDP in 2021 because of a larger trade deficit. International reserves reached $8.8 billion at the end of November 2021 compared to $8.1 billion in 2020 (5.4 months of import coverage), due in part to a $737.6 million allocation from the Special Drawing Rights. The exchange rate depreciated by 3.7% year-on-year in 2021. The banking sector is profitable, liquid, and well-capitalized. Yields on government securities and the NSE-20 index, as well as market capitalization, have increased. The number of people living in extreme poverty decreased to 16% in 2021 from 17% in 2020, and unemployment fell to 12.3% from 14.3% over the same period. This can be attributed to growth in per capita income, social safety net programs, and economic recovery.

Growth is expected to slow to 5.9% in 2022 and 5.7% in 2023 due to reduced domestic and external demand caused by lower income and higher costs for food and fuel imports, as well as weak economic activity across sectors due to cost-push factors. Inflation is expected to reach 7%, close to the upper end of the target range (7.5%), because of higher energy and food inflation. The fiscal deficit is expected to narrow to 6.5% of GDP in 2022 and 5.5% in 2023 with the resumption of an International Monetary Fund-supported fiscal consolidation and debt management program. The current account deficit is expected to widen further to 6.1% and 5.2% of GDP over the next two years due to higher bills for fuel and food imports. Risks to this outlook.

Climate Change: A Threat to Kenya’s Prosperity in 2023

In conclusion, climate change is expected to have a negative impact on Kenya’s economy in 2023. Growth is predicted to slow and inflation is expected to increase, while the fiscal and current account deficits are expected to worsen. These economic challenges will likely affect the livelihoods and well-being of the people of Kenya. It is important for the country to continue implementing policies and measures to mitigate and adapt to the impacts of climate change in order to protect its citizens and economy.